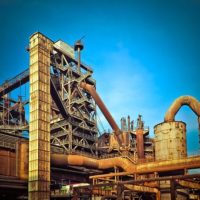 Working out if premises are retail or commercial can have significant implications for both landlords and tenants. Retail leases are subject to the Retail Leases Act 2003 (Vic) (“Retail Leases Act”) which, unlike commercial leases:

However, it is far more difficult work out if premises are retail or commercial in the case of tenants who provide services. In IMCC Group (Australia) Pty Ltd v CB Cold Storage Pty Ltd [2017] VSCA 178, the Victorian Supreme Court recently concluded that industrial premises leased to a cold storage company which provided services to wholesalers only, were deemed to be retail premises and therefore that the Retail Leases Act applied.

The general rule arising out of this case is that is that the Retail Leases Act will apply:

The intention of the landlord and the tenant and the type of lease that they have entered into are irrelevant to working out if the premises are retail or commercial.

There have been a number of cases where leases to businesses which provide services have been found to be retail leases, including:

This issue should be of significant concern to both the landlords and tenants where the tenant is a service provider. Whilst both may think they are entering into a commercial lease on certain terms and conditions, the lease they have entered may not be what it seems if the Retail Leases Act applies.

There are circumstances where careful legal drafting can avoid this outcome. Our property and leasing lawyers at Hendersons Legal have experience in drafting commercial leases that will not be deemed to be “retail” by the application of the “ultimate consumer test”.

Call our office on (03) 9629 2211 to speak to an experienced property and leasing conveyancing lawyer now.

This content is intended as commentary and should not be construed as legal advice.

If you have a question, feel free to call us to discuss your requirements.

Get the latest news and articles from the Hendersons Legal in your inbox!

Do you need more information?

Just send us an email enquiry and we will get back to you as soon as we can.

Call us now to speak to an experienced lawyer about your legal concerns.
Full contact details.